Beyond the Wall - Issue #6 - Foreword: A special foreword from ICPA’s President, Peter Severin on the latest advancements of our Association (BTW6-F002)

Foreword: A special foreword from ICPA’s President, Peter Severin on the latest advancements of our Association (BTW6-F002) 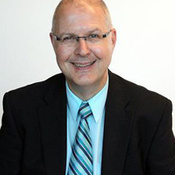 Peter has been the Commissioner, Corrective Services New South Wales, Australia since September 2012. Prior to this appointment Peter was the Chief Executive of the Department for Correctional Services in South Australia from July 2003 and worked with the Department of Corrective Services in Queensland, Australia for almost 15 years, his last position was Deputy Director-General. Peter started his corrections career in Germany in 1980. New South Wales is one of eight States and Territories in Australia and Corrective Services New South Wales has responsibility for prisons and community corrections. It is the largest Australian corrections jurisdiction. Peter has a strong background in corrections operation, in particular offender management and intervention. He has extensive experience in prison management and policy formulation,service commissioning and contestability. Peter also presided over significant prison infrastructure design, construction and operational commissioning and has particular expertise in the development of output specifications for the delivery of correctional services by the private sector and contract management. Peter holds a Masters of Public Administration and Bachelor of Social Work degree.