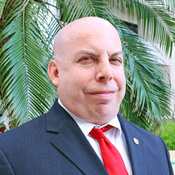 Rich Felsher has 3 decades of food service and purchasing experience, joining GEO in 2013. In addition to his regular responsibilities in foodservice procurement, food safety and operations, he has been working for several years on international projects.Rich is a member of the ICPA. He has represented GEO since 2016 and was a speaker at the 2018 Montreal Conference, presenting on employee and detainee food safety educational programs.He is Past President and CEO of the Institute for Supply Management’s (ISM) Florida-Palm Beach-Broward Chapter. He also serves on the ISM Report On Business® Survey Committee. He has achieved Lifetime certification in ISM’s Certified Purchasing certification. Rich is a volunteer contributor to the National Restaurant Association’s ServSafe Test Writing committee and Job Task Analysis committee.Prior to joining GEO in 2013 Rich was Director of Purchasing at a Group Purchasing Organization specializing in U.S. and Canadian Children’s Camps, Community, Faith Based and Family Service Centers. He presented at the American Camping Association conferences from 2007-2012. Previously, Rich was the Executive Kitchen Manager in the world’s busiest Applebee’s at their Times Square location. He managed a diverse staff representing more than 50 nationalities.Rich is trained in Israeli Krav Maga self-defense. Following 9/11, Rich became a certified Instructor including advanced training in Israel. In addition to teaching civilian courses in NYC, Rich assisted top Israeli instructors in counter terrorism training of Military and Law Enforcement personnel. He contributed technical support to 2 books on Krav Maga. 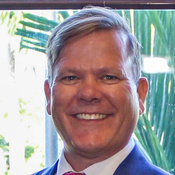 Doug has been the President and Owner of Food Concepts for 20 years. Food Concepts is a food manufacturer specializing in Correctional Feeding. Food Concepts products are cutting edge “add-water” products that help clients meet their client’s sustainability goals and control costs. By not shipping water the products have reduced gross package weight. Therefore, less storage is needed, less fuel is needed to ship product and there is less food waste.
Prior to Food Concepts, Doug was a Federal Officer assigned to the United States Department of the Treasury. He received his MBA in New Venture Analysis from the University of Tennessee. 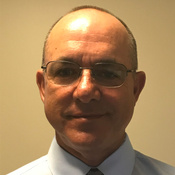 Mark Engelke is the Statewide Director of Food Services for the Virginia Department of Corrections. He is a thirty-six year employee of the Department and held several roles from Corrections Officer, Food Supervisor, Assistant Food Director, Food Director and present role. Worked at five different facilities all with different security levels. In his current role, he oversees all the facilities Food Service Operations. Two hundred sixty two state employees and three thousand inmates that prepare the 90,000 meals a day for inmates and staff.
Father of three kids and grandfather to four grandkids. Enjoys the beach, football and grandkids.