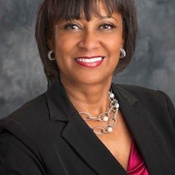 After having served as President and Chief Executive Officer since February 1996, Diane Williams was named President Emeritus of Safer Foundation in April of 2014. Safer Foundation is one of the nation’s largest not-for-profit providers of employment placement and job readiness training exclusively for people with criminal records. Other educational and social services are provided in support of its employment programs. Under contract with the Illinois Department of Corrections, Safer manages two large adult transition centres totalling nearly 600 beds.Ms. Williams has an undergraduate degree in Education, a Master’s Degree in Business Administration from Northwestern University’s Kellogg School of Management, and over 20 years of experience working with the criminal justice population. Diane has served in consulting roles for several United States Federal agencies including the Department of Labor, the Department of Justice, and the Department of Health and Human Services, Department of Housing and Urban Development, the Council of State Governments Re-entry Initiative and the National Treatment Plan’s Criminal Justice Work Group/Center for Substance Abuse Treatment. She chairs the National Institute of Corrections Advisory Board, is a member of the International Corrections and Prison Association Board, and the International Assiciation of Correctional and Forensic Psychology. Diane has served on the Illinois Workforce Investment Board, the Governor’s Commission on Human Services and the Commission on the Elimination of Poverty. In 2011, Ms. Williams was the recipient of President Obama’s “Champion of Change” award. She is frequently called upon by The Urban Institute and other agencies to lead and participate in re-entry programs and planning.