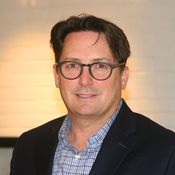 Christopher Ditto is the Vice President of Research & Development for ViaPath, the largest provider of inmate communication technology in the United States. Over the last decade, Mr. Ditto has worked on building tablet resources and implementing tablet programs for over 400 correctional facilities serving over 350,000 inmates daily, as an engineer, software architect, and project manager. Mr. Ditto is based in Silicon Valley and has previously written a 500-page book, Webmaster Answers, and won a 2008 Webby Award while working for a large international interactive advertising agency. He received his Bachelor of Arts, with honors, from University of California, Berkeley and a Master’s in Journalism from New York University.