Beyond Prisons: Women and Community Corrections

The ICPA “Beyond Prisons: Women and Community Corrections” Taskforce was formed in December of 2018. Our goal is to develop a global community corrections framework specific to criminalized women that can be used to inform governments, policy makers, practitioners, partners and the public about ways in which current systems can be improved. The Taskforce fully endorses the underlying philosophy of the “The Bangkok Rules; United Nations Rules for the Treatment of Women Prisoners and Non-custodial Measures for Women Offenders with their Commentary“ for which the goal is to move to a system that largely rests within the community. 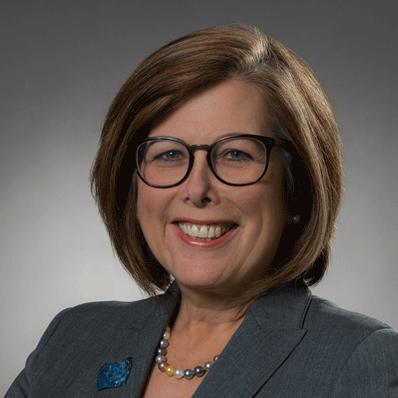 Chairperson, Parole Board of Canada

Chairperson, Parole Board of Canada 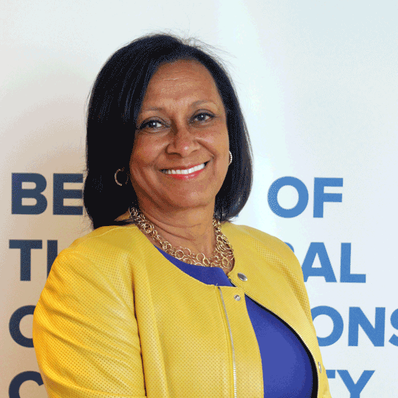 Diane was President and CEO of the Safer Foundation for almost 20 years. Annually, Diane and her team assisted 8000+ people with criminal records in their efforts to reconnect with family, community and work. Under her leadership Safer built strong partnerships with correctional agencies throughout the United States. Safer remains the only NGO to manage work release centers in Illinois. Diane also served on the Board of Safer for 10 years prior to joining the staff.

Diane has served and is serving on other boards of criminal justice organizations including, the National Institute of Corrections a U.S. Department of Justice agency providing training, development and technical assistance to state, county, and municipal Corrections and Pre-trial agencies throughout the United States, The Hire Network – a division of the Legal Center which assists public and not for profit organizations in developing and implementing polices supportive of justice-involved individuals securing employment, the International Association of Correctional and Forensic Psychology which is an association committed to “helping the helper” in correctional settings, the Illinois Facilities Fund which provides funding for community and program development targeting under resourced communities, and others. In conjunction with other professionals Diane has reviewed community corrections functions in multiple U.S. States and in other countries.

Prior to working at Safer Diane worked in the telecommunications industry in marketing and training. She served as Director of Marketing for the small and mid-sized businesses in the Great Lakes Region for AT&T. The skills she acquired in that setting will serve her in building partnerships, negotiating agreements, managing budgets to meet Association goals, and supporting accountability in finance.

Diane has an undergraduate degree in Secondary Education – English and Masters in Business Administration. Diane received the Champion of Change Award from President Barack Obama, an ICPA Offender Management and Treatment Award (granted prior to being elected to the board), and numerous other acknowledgements for her hard work in community corrections/re-entry work. 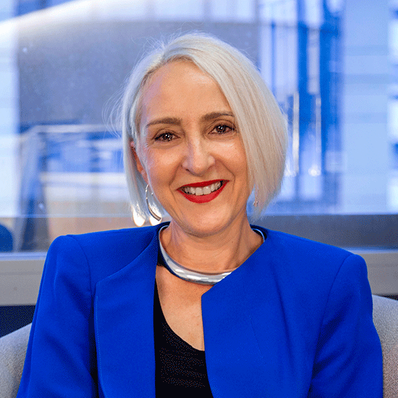 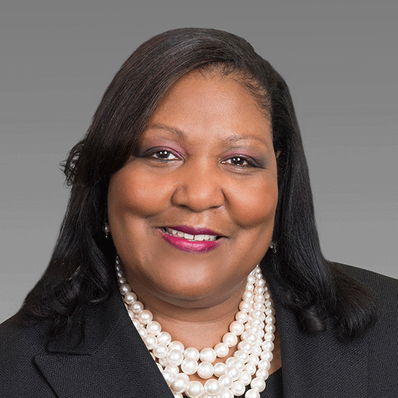 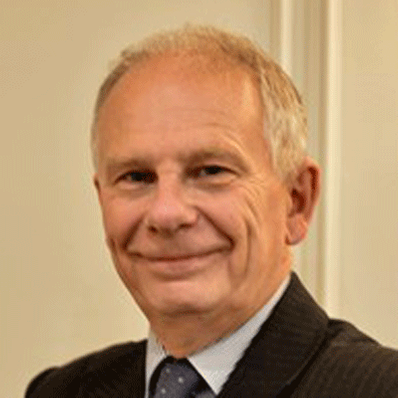 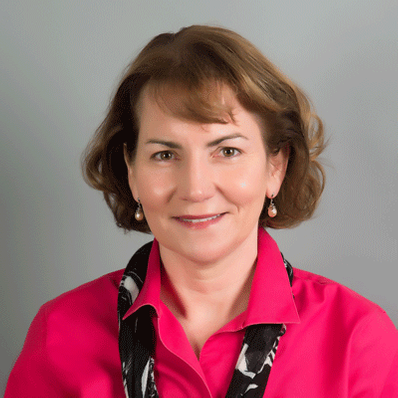 Reader of Law and Criminal Justice, University of Surrey

Reader of Law and Criminal Justice, University of Surrey 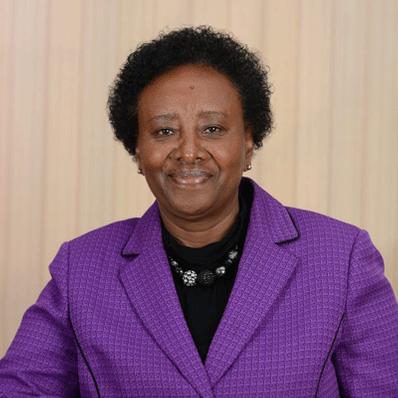 England and Wales
Pregnant women in custody who do not pose a high risk of harm to the public will be temporarily released from prison within days to protect them and their unborn children from coronavirus. Prisoners in Mother and Baby Units meeting the same risk assessment will also be released with their children. Prison governors will be able to grant their release on temporary licence once they pass a risk assessment and suitable accommodation for the women has been identified.
https://www.gov.uk/government/news/pregnant-prisoners-to-be-temporarily-released-from-custody
Afghanistan
Afghanistan has ordered the release of up to 10,000 prisoners -- mostly women, juveniles and sick people -- in a bid to slow the spread of the novel coronavirus. President Ashraf Ghani's decree was directed at women, young offenders, critically ill patients and inmates aged over 55, said Attorney General Farid Hamidi.
https://news.yahoo.com/afghanistan-release-10-000-prisoners-slow-coronavirus-spread-211850224.html
Turkey
A bill passed by Turkey's parliament will see 45,000 prisoners temporarily released to limit the spread of COVID-19. Convicted prisoners, excluding those serving a sentence under anti-terrorism laws, for crimes against the state, murder, sexual and drug related offences will see their sentences reduced by half.  Certain categories of convicted prisoners qualify for earlier release or to be transferred to house arrest, depending on vulnerability and length of sentence. These include those over 65 years, women with young children and prisoners with serious illnesses.
https://www.amnesty.org.uk/press-releases/turkey-new-prison-release-law-leaves-innocent-and-vulnerable-prisoners-risk-covid-19
Chile
Around 1,300 prisoners at high risk of contracting coronavirus will be pardoned in Chile after the Constitutional Court approved a special law on Tuesday (April 14) sent by the government of conservative President Sebastian Pinera. The law will benefit prisoners over 75 years old, mothers of children under two years old and pregnant women, who will be able to serve the rest of their sentences at home.
https://www.straitstimes.com/world/americas/chile-to-pardon-1300-prisoners-to-halt-coronavirus-spread
Colombia
According to commercial television network RCN, the 10,850 prisoners who will be allowed to leave prison are inmates older than 60, nursing mothers, severely ill inmates and prisoners with sentences lower than five years who have served the obligatory three-fifth of their sentence, but apparently were never released. These prisoners will be put under “transitory house arrest” until after the government lifts the prison emergency, according to the government-friendly television network.
https://colombiareports.com/colombia-to-release-more-than-10000-inmates-from-prison-over-coronavirus-fears/
Uganda
The management of Uganda Prisons Services has recommended to the Attorney General, William Byaruhanga to release about 2000 prisoners, in a move aimed at decongesting the prisons and improve the fight against the spread of Coronavirus within the detention facilities. “We have selected 1000-2000 prisoners whom we think have completed three quarters of their sentences and aren’t charged of capital offences. The breastfeeding mothers who have served half of their sentences and aren’t capital offenders. We also selected prisoners who are above 65years and have served their sentences. We are going to submit the list to the Attorney General for consideration for pardon.”
https://www.pmldaily.com/news/2020/04/covid-19-crisis-prisons-management-recommend-release-of-2000-prisoners.html

Australia
The health of women in prison is worse than the broader community. We know they have a lot of medical issues, including immune system issues, respiratory issues and diabetes. So once the coronavirus hits inside the prison, it will spread like wildfire – and we won’t be able to contain it. If we look at who the women in prison are, we know they’re poor, Aboriginal and have physical and mental health issues. We’re talking about the most marginalised, disadvantaged group of women and girls in our community. Currently, 40 per cent of women in prison are on remand; so they’re still innocent, they haven’t been found guilty. They can be self-isolated in the community so they don’t contract the virus.
https://www.marieclaire.com.au/women-prison-covid-19-release-debbie-kilroy
Human Rights Watch
April 2, 2020. Consider alternatives to detention for vulnerable groups including pregnant women and girls, and caregivers accused or convicted of non-violent crimes who are primary caregivers to their children.
https://www.hrw.org/news/2020/04/02/latin-america-cut-prison-crowding-fight-covid-19
Brazil
The Public Defender Congregation (Condege) filed an urgent petition for a presidential pardon to President Jair Bolsonaro. Pardons would benefit people at risk, as well as women prisoners with minor children and breastfeeding women. The petition comprises people at risk sentenced for drug trafficking or serving for more than eight years. In case of rejection of the original petition, Condege is requesting for at least women prisoners with children up to two years to be released. It is stressing that “if nothing is done, we’ll witness mass deaths in penitentiaries.”
Cambodia
The Licadho human rights organization called on the government to prioritize pregnant women, women with young children and inmates with health conditions for clemency.
https://www.khmertimeskh.com/705865/gpd-temporarily-bans-visits-to-inmates/
Canada
“We write to you to insist on immediate action and offer our collaboration, along with our network of over 20 local Elizabeth Fry Societies, in devising a plan to ensure that we are able to safely depopulate federal women’s prisons in Canada. The time for bold, decisive, and life-saving action is now.”
https://www.caefs.ca/depopulation-of-federal-prisons/
China
Across countries where coronavirus has caused the greatest harm to human lives so far – China, Italy and Iran – prisons have been an important locus for the spread and a focus for reform. China has recorded at least 806 confirmed COVID-19 infections in five prisons across three provinces. Of those infected, four are in a critical condition. Almost one-third (233) of the people infected are in Wuhan Women’s Prison.
https://theconversation.com/why-releasing-some-prisoners-is-essential-to-stop-the-spread-of-coronavirus-133516
England and Wales
At this time women who are primary carers should be released to care for their children, and to ensure that their often elderly and vulnerable parents are not being tasked with the care of children, which is currently contrary to public health advice.
https://shonaminson.com/briefing-paper-women-in-prison-release-measures-during-the-covid-19-pandemic/
Malawi
Civil Society Organisations (CSOs) in Malawi have demanded the release of inmates in the country’s prisons as one way of fighting the spread of the Coronavirus disease (COVID-19). The five CSOs namely Paralegal Advisory Service Institute (PASI), Saint Egidio, REPRIEVE, Irish Rule of Law, and Centre for Human Rights Education, Advice and Assistance (CHREAA) have demanded that government should consider decongesting the country’s as a way of preventing COVID-19 spread to men, women and children behind the walls through their joint statement released on Friday. Among the groups that the CSOs’ have suggested for their release include inmates over the age 55, children, women with children and prisoners with pre-existing medical conditions.
https://malawi24.com/2020/03/29/covid-19-csos-demand-release-of-prisoners/
Other
https://www.prisonstudies.org/news/news-covid-19-and-prisons
https://www.theguardian.com/australia-news/2020/apr/12/its-harder-for-them-than-it-is-for-me-when-a-mother-does-time-her-children-do-too
https://www.thinkglobalhealth.org/article/gender-and-coronavirus-outbreak
Prisoner account: No Masks, No Showers, No Soap’: Prisoners Say Coronavirus Is ‘Spreading Unchecked’ In Women’s Jails
https://www.huffingtonpost.co.uk/entry/coronavirus-womens-prisons_uk_5e7a4974c5b62f90bc5253a1

International Trends in Community Alternatives to Incarceration: A Literature Review

In May, the Taskforce undertook a literature review to identify statistical trends, relevant research, and a general analysis of programs being offered for diverse offender groups. The review cited a number of interesting programs being offered in various countries that were tailored to women offenders as well as other diverse offender groups. While the review pointed to an increased awareness of the need for gender and culturally responsive practises globally, it noted that there were a limited number of published articles and research specific to women offenders. In addition, the review confirmed that while existing research points to the effectiveness of community based alternatives, incarceration continues to be used as an automatic response in many countries.

The Taskforce has also been consulting with different jurisdictions to learn about leading practices in different countries. To date, the questionnaire has been disseminated to over 200 jurisdictions and work is continuing in this area.

Towards Gender Sensitive Non-custodial Sanctions for Women Offenders in Kenya

Women with justice involvement: The three T’s are the keys By Denise M. Robinson, Linda Janes, and Gloria Iannucci

In the early 2000s, the Sequential Intercept Model (SIM) was developed as a strategic planning tool by the Substance Abuse and Mental Health Services Administration’s (SAMHSA) Gains Centre. This linear model informed community-based responses to the involvement of people with mental health and substance use disorders in the criminal justice system. The Task Force recognizes the importance of this model to community corrections, and sought to complement this model by developing a holistic, women-centered model where community options are represented as the primary option no matter where a woman is within the judicial process.